Cricket is one of the rapidly growing sports in the USA and the passion for the game will be even higher with the 12th edition of ICC Cricket World Cup scheduled from May 30, 2019 to July 14, 2019. There will be 48 matches to be played across 11 different venues in England and Wales as the tournament is co-hosted by England and Wales. The 2019 Cricket World Cup Schedule given below in Eastern Daylight Time is useful for the cricket loving fans living in the United States, Canada, Mexico and Panama. You can also know the 2019 Cricket World Cup Schedule in Pacific Standard Time (PST) and Central Time (CT).

The opening game of the 2019 Cricket World Cup will be played on May 30, 2019, at 5:30 AM Eastern Time Zone (ET) between South Africa and hosts England at The Oval in London and the final match of the tournament is scheduled to be played between the winners of two semifinal games on July 14, 2019 at 5:30 AM Eastern Daylight Time (EDT) at Lord’s in London.

List of Match officials for the 2019 Cricket World Cup 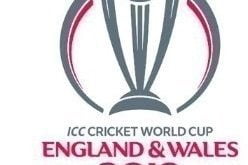