The Black Caps will start their 2019 Cricket World Cup campaign against the 1996 world cup winners Sri Lanka on June 1, 2019, at 9:30 PM New Zealand Time in the Sophia Gardens, Cardiff. So far the Kiwis have featured in all previous 11 editions of the tournament and their best performance came in the last world cup in 2015 which they also co-hosted along with Australia. The New Zealand Team finished as the Runners-up of the 2015 Cricket World Cup. The 12th edition of the prestigious tournament will be played in England and Wales from May 30, 2019, to July 14, 2019. There will be a total of 48 matches played across 11 venues.

Cricket World Cup is organized once in four years and the matches are played in One Day International (ODI) format. Each team gets 50 overs in an innings and each over comprises of 6 legitimate balls. A team is expected to score as many runs as they can in their designated 50 overs and then they have to restrict their opponent to less than the score that they made in order to win the match. Cricket World Cup is an international tournament organized by International Cricket Council (ICC) where all the major cricket playing nation takes part with an aim to win the prestigious Cricket World Cup trophy.

The New Zealand team will also be taking part in the 2019 Cricket World Cup and the Kiwi fans would want to support their side in each and every game. However, as the matches are played in England as Wales as per British Summer Time which is one hour ahead of GMT while the New Zealand Standard Time is twelve hours ahead of GMT time, there arises a time difference of 11 hours. So, in order to help our Kiwi fans, we have provided the Complete Match Schedule of 2019 ICC Cricket World Cup in New Zealand Standard Time (NZST) for all the 48 matches which so that you can catch the live action from each and every match.

The first match of the 2019 Cricket World Cup as per New Zealand Standard Time will be played on May 30, 2019, at 9:30 PM between South Africa and hosts England at The Oval in London while the last game will be contested between the winners of two semi-finals on July 14, 2019, at 9:30 PM NZST at Lord’s in London.

You can download the Match Time Table in PDF. The other thing you can do is bookmark this page in your browser. Please share this article with your friends and family. 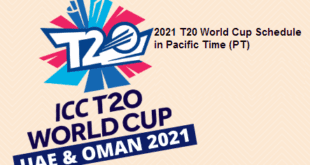 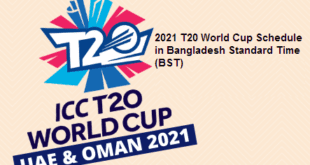 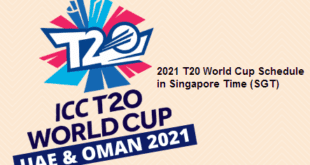