What is Video Assistant Referee?

Did you wonder why these days referees during any football match makes an imaginary outline of a TV screen? or the referee during the match goes out of pitch to watch the replay of a recent incident happened on the pitch. The footballing community first met with Video Assistant Referee (VAR) in the 2018 FIFA World Cup hosted by Russia and the technology will also be used in the 2022 FIFA World Cup which will be hosted by Qatar. The primary purpose of using VAR is to eliminate clear and obvious error or serious missed incidents.

VAR is a recently developed technology and is being used in soccer matches for specific incidents involving match-changing situations. The VAR team will support the referee controlling the action on the pitch from a centralized video operation room located at the International Broadcast Center (IBC) in Doha, the VAR team consists of a video assistant referee and three assistant video assistant referees, additionally, four replay operators will select and provide the best angles from all relevant broadcast cameras and two additional offside cameras in addition to feeds generated from the video operation room will be distributed to the venue. The VAR output which includes all the angles being reviewed by the VAR team, also the video operation room camera feed capturing all the action during a VAR review. 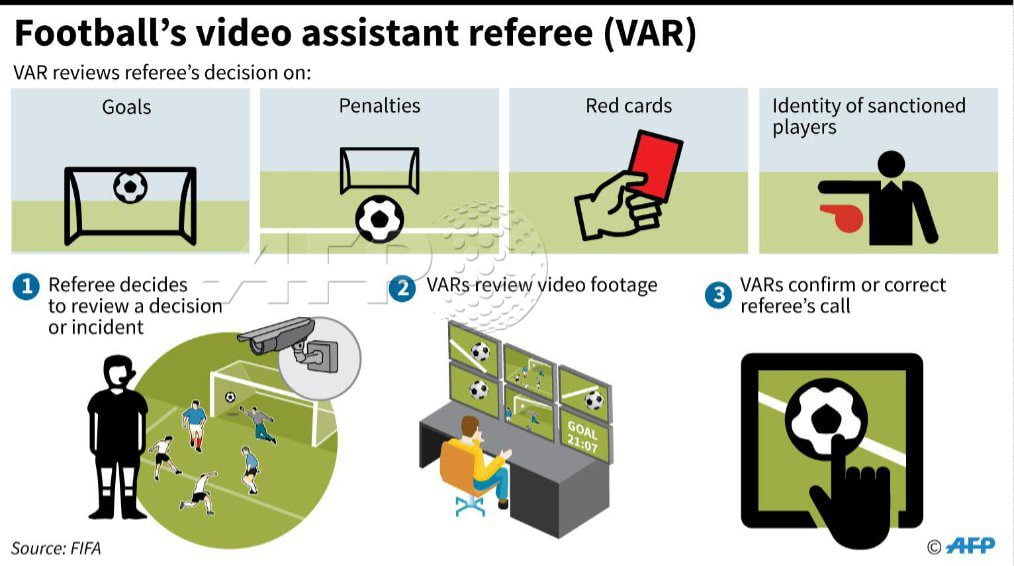 The VAR will be used only for Goals and offences leading up to a goal, Penalty decision, and offences leading up to a penalty, direct Red Card incidents, and mistaken identity. The VAR team will constantly check for mistakes related to these four incidents and will communicate the mistake to the referee in case of clear and obvious error or serious missed incidents. The referee would initiate an official review by signalling the outline of a TV screen and after watching the replay of the incident the referee would take afresh decision.

Varun Sharma is an avid sports fan and loves to read and write about latest sporting activities happening around the world.
Previous Where is the next FIFA World Cup
Next Planning to visit Qatar for 2022 here is what you can Expect!

Planning to visit Qatar for 2022 here is what you can Expect!

Where is the next FIFA World Cup