Where is the next FIFA World Cup

Football is one of the most loved and followed sports across the globe, it is being played across continents and a number of leagues and tournaments takes place, however, the international event in which teams from various nations compete to win the prestigious trophy known as World Cup is the apex of all the tournaments. The Football World Cups are organized once in four years by the international governing body of the sport which is FIFA (International Federation of Association Football).  The last FIFA World Cup was hosted by Russia in the year 2018.

What is FIFA World Cup?

FIFA World Cup is a tournament organized by FIFA in which international teams (generally 32) take part to win the World Cup. Out of the 32 teams, one spot is reserved for the host country and the rest 31 teams reach the World Cup after making through the qualification process. The first FIFA World Cup was organized in the year 1930.

International Federation of Association Football (FIFA) is the international Governing body for association football and is responsible for various footballing activities across the globe.

Where is the next FIFA world cup?

The next FIFA World Cup will be in Qatar. This will be the first tournament hosted by an Arabic country.

When is the next world cup?

Varun Sharma is an avid sports fan and loves to read and write about latest sporting activities happening around the world.
Previous History of Official Mascot for FIFA World Cups
Next What is Video Assistant Referee? 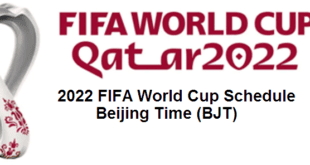